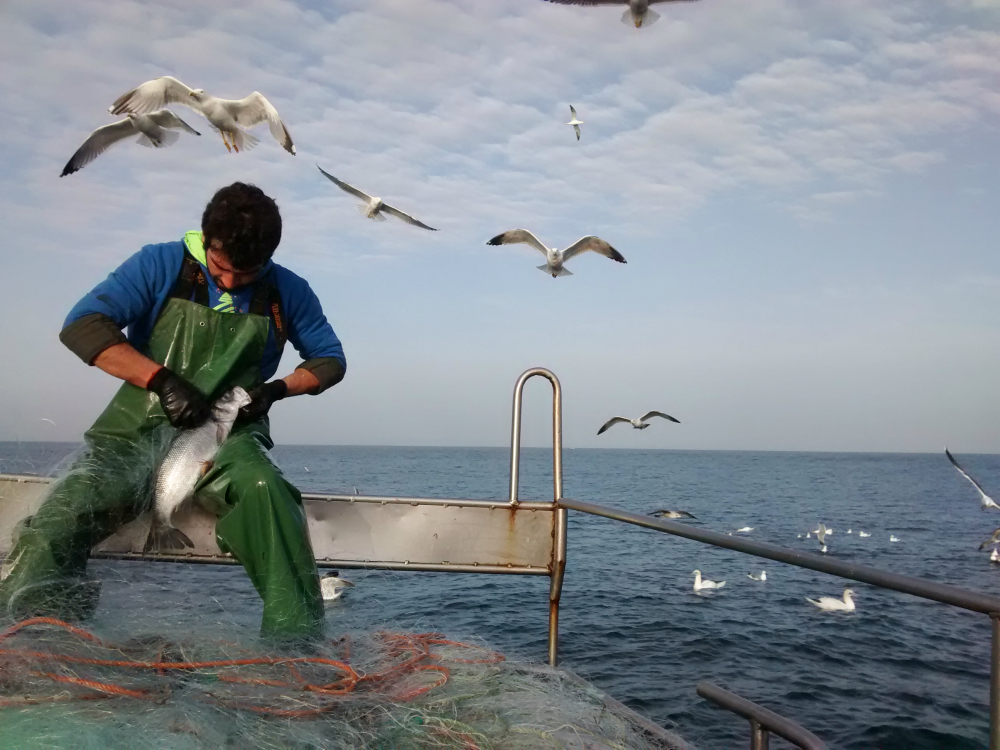 Although accidental bycatch of seabirds is still largely unknown in Portugal, there are evidences from pioneering studies that prove that gillnets, longlines and purse seines are the fishing gear with the biggest impact. This is why BirdLife International, along with SPEA, is going to test some innovative mitigation measures to reduce seabird bycatch, never tried before in the Atlantic.

We will learn from the experience of our colleagues in Lithuania trialing high contrast panels. These will be attached to the nets, and hopefully will make it more visible for the birds, allowing them to swim around the nets, and avoiding being caught and consequently drown.

We are now preparing all the logistic side of things in order to be ready to deploy the modified nets in the water in the next winter, since that is the crucial period for bycatch in Portugal.

This preparation takes much more work than it seems at first sight. We have to find the right materials to build the panels for them to be resistant in saltwater. Then we have to actually build them and we will need a big number of them since the panels are placed every 4 meters in the nets!

Where will we work?

Berlengas is a small archipelago located about 10 km off Peniche in central Portugal. Its geographic location converges both Atlantic and Mediterranean temperate climates, which, associated with the intense seasonal upwelling described for the area, is the basis of a high biological productivity area.

In fact, Berlengas archipelago surrounding is one of the richest marine ecosystems across Portuguese coastal waters. This underlies the fact for Peniche being one of Portugal´s most important fishing port, whether measured in terms of the volume of landings or the total numbers of fishers.

Peniche has a diversified fleet in which the small scale fisheries represents a significant proportion, with set gillnets, pots and demersal longlining being some of the main fishing gears.

Being such a productive area, it supports the Berlengas breeding population of Cory´s Shearwater (Calonectris borealis) as well as a large number of migratory and wintering seabirds such as the endangered Balearic Shearwater (Puffinus mauretanicus), Razorbill (Alca torda) and Common Murre (Uria aalge).

This spatial overlapping between fisheries and seabirds, make this area an important target for tackling seabird bycatch.

All this work has to be done in close collaboration with fishers, and taking in consideration their own expertise. Moreover, this project not only will test the mitigation measures and its efficiency reducing bycatch, but will also analyze how practicable the measures are, from an economic point of view.

This means that we are looking for mitigation measures that reduce bycatch, but do not reduce fish catches. For that, we will have to measure different economic variables and carefully plan all the data we will be collecting on the vessels.