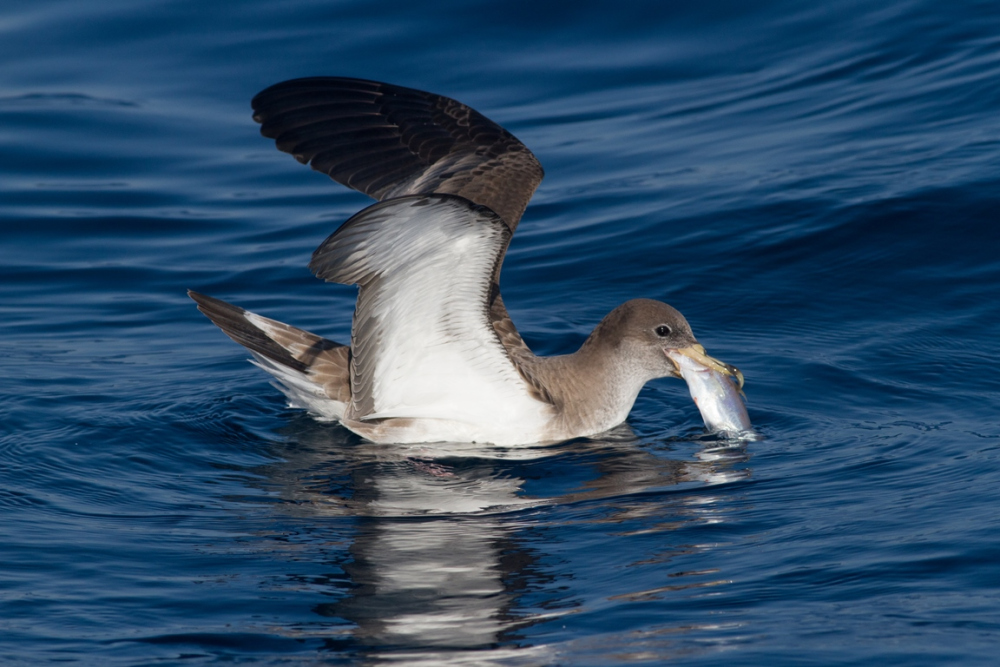 According to previous information, May and June is the most dangerous time of the year for seabird bycatch in the Western Mediterranean and observer effort has been intensified. The bycatch of the 3 Cory’s shearwaters (Calonectris diomedea) has occurred during three monitored fishing operations. Cory’s shearwater was the main species attending at demersal long-liners during the line setting and hauling.

The analyses of the corpses indicated that some dead birds could be active breeders, showing breeding patch. The internal analysis of one bird indicated that it was an adult female.

In addition to the data collected by SEO/BirdLife observers, fishermen reported the bycatch of other seabirds during the last weeks, including another Cory’s shearwater, 2 Atlantic gannets (Morus bassanus) and up to 40 unidentified shearwaters, including a massive event of 20-30 birds. We should mention that the skipper aborted the line setting due to the big amount of seabirds attacking to bait. Two Mediterranean European shags (Phalacrocorax aristotelis desmarestii) were accidentaly captured on cuttlefish pots. Additionally, 2 Cory’s shearwaters, 2 Yelkouan shearwaters (Puffinus yelkouan) and 5 Balearic shearwaters (Puffinus mauretanicus) were found death in one beach in Tarragona, they did not showed the presence of hooks, but some injuries near the mouth, indicating Long-line bycatch.

We wish to thank the collaboration of fishermen by allowing observers on board and reporting data.

Within the Mediterranean seabirds face threats both on land and at sea, such as overfishing, by-catch, invasive predators, habitat destruction from poor planning and marine pollution. However only 4% of the Mediterranean is currently protected through the EU Natura 2000 network in Europe and the Barcelona Convention’s Specially Protected Areas of Mediterranean Importance.

At a regional scale there are still many important gaps to fill in the protected area network for seabirds, particularly for sites at sea. The meeting will enable scientists, nature conservationists and policy makers to further coordinate efforts for seabird protection at a regional scale through capacity building and the sharing of specialist knowledge.

The meeting will start with the presentation of a draft inventory of Marine Important Bird Areas for seabirds in Maltese and international waters identified under the LIFE+ Malta Seabird Project. This will be followed by sessions on knowledge sharing and gap analysis for the entire Mediterranean region, identifying sites within and beyond national jurisdiction, priority areas and policy mechanisms from across the Mediterranean.

Find out more, including to download the registration form, here. 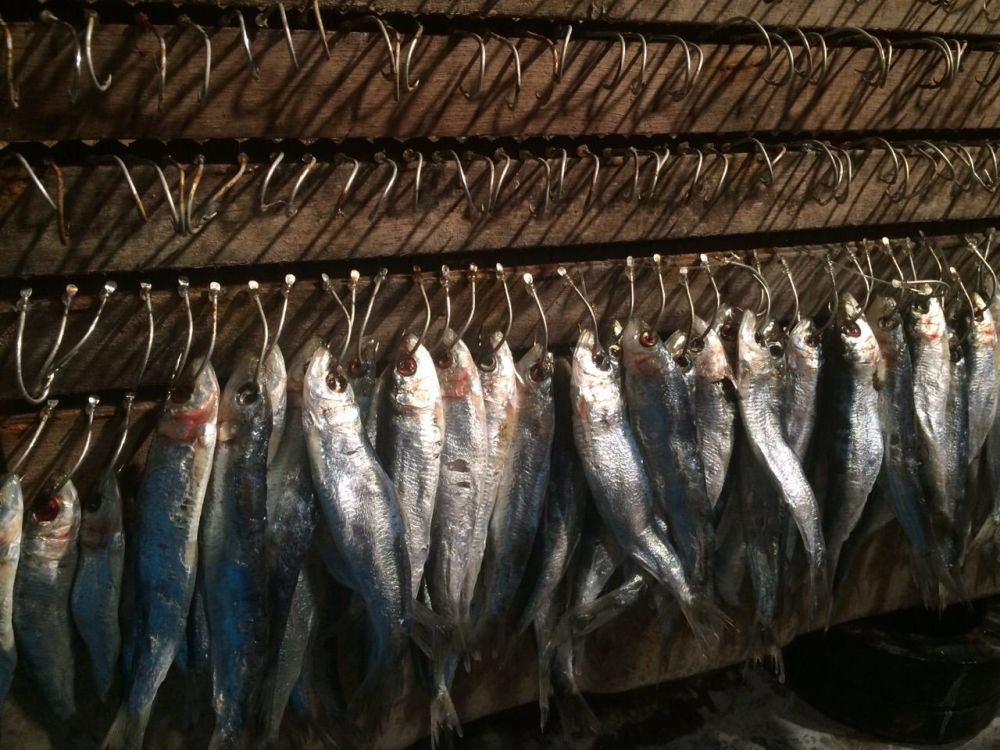 The Spanish team is focused in the Catalan harbours, where different kinds of long-liners operate. The main target of this project is the demersal long-liner fleet, but other boats using artisanal or pelagic long-lines also operate in the area. In fact, in the harbours where we have started our work -Llançà, Roses and Vilanova i la Geltrú- we can find boats using the different long-line types. In this blog post, we will quickly point out the differences between these similar fishing gears.As we know, long-lines are composed by a main line with several hooks attacked to it, but this general configuration can be set in a plethora of different variations which can be grouped in 3 main classes:

– Pelagic long-lines: This fishing gear requires floats to keep the gear close to the sea surface. In the Catalan coast, the fishermen generally target large pelagic predators like swordfish or tunas. They set a few thousand large hooks separated by a distance that can exceed 30 m. In this project we do not pay attention to this fishing method, since the Spanish Oceanographic Institute has an on-going long-term project with on-board observers on these fishing boats.

– Demersal long-lines: Targeting bottom species, like hake or breams, the fishing gear is sunk by the use of weights, which are combined with floats to keep the gear on the right placement for the target species. They set a similar amount of smaller  hooks, which are spaced very few meters.

–Artisanal long-lines: The main characteristic of this fishing gear is its small scale. This fishing gear can be very similar to demersal long-liners, but they use a few hundreds of hooks which are set in relatively shallow waters close to the coast line. 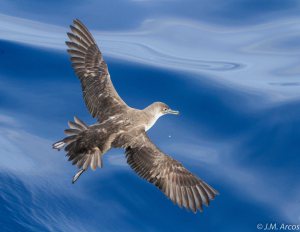 Recently the media and social networks have echoed good news for our most endangered bird species, the Balearic shearwater Puffinus mauretanicus. Indeed, a study published this year in the scientific journal Bird Conservation International points to a global population of about 25,000 birds, roughly doubling the previous estimates. The study is based on data from the Migres Programme, and consists on the census of Balearic shearwaters crossing the Strait of Gibraltar in their outward movement towards the Atlantic, after breeding. The information is consistent with another study of SEO/BirdLife, which followed a different approach (the census of birds in waters off the Iberian Mediterranean in late autumn, when the birds are back from the Atlantic. In fact, both approaches had been already published together, although the new paper provides more detail on the methodology used in the Strait of Gibraltar. The issue is also considered in…

BirdLife International is extending its Albatros Task Force, the initiative to reduce seabird bycatch in collaboration with fishermen, to Europe. Here, the so called Seabird Task Force starts at two bycatch hotspots, Lithuania and the Spanish Mediterranean. Reasons to prioritise this latter area deserve some further explanation.

Spain has a wide diversity of seabirds, with over 40 regular species, more than 20 of them breeding, spread across three distinct geographical regions: the Macaronesia, the European Atlantic and the Mediterranean. Of these, the Mediterranean hosts smaller seabird numbers, but a relatively high diversity of species, many of them of conservation concern precisely due to their tiny populations, as well as restricted distribution ranges. Moreover, the Mediterranean region is highly populated and therefore supports high human pressure, which affects seabirds in several ways: coastal development, introduced predators, pollution, fisheries overexploitation, etc. Among these, bycatch appears to be one of the most serious threats for some species.

Of the seabirds of conservation concern, two species deserve particular attention, the Balearic shearwater Puffinus mauretanicus (Critically Endangered) and the Yelkouan shearwater P. yelkouan (Vulnerable). Both are endemic to the Mediterranean, with small global populations and sharp declining trends, that could lead to their extinction in the near future. Although they are affected by introduced predators and other threats in their colonies, the major drivers of their decline seem to occur at sea, and bycatch postulates itself as the most important of them, particularly on longlines.

Why these birds are prone to be caught in longlines? Both Balearic and Yelkouan shearwaters are often seen following fishing vessels to capture discards, and can get captured in the longline baited hooks when these are thrown overboard during the setting operations. Demersal longlines are particularly dangerous for them, as they operate over the continental shelf, where both species of shearwaters tend to forage (while pelagic longlines often operate further offshore), and use smaller hooks, as well as more suitable bait (often sardine or similar sized fish, ideal for the shearwaters). Moreover, these seabirds are highly gregarious in their foraging grounds, and can “attack” a longline by the hundreds, with the risk of “massive captures” (several tens or more).

Information supporting the idea that demersal longline is a major threat for the two small shearwaters endemic to the Mediterranean is still patchy, but increasing. Events of “mass” mortality have been reported by fishermen (up to over 200 small shearwaters in a single line), or deduced from stranded birds on the beach. Questionnaires to fishermen also point in that direction, with a described event of up to 3,900 seabirds reported!!! And observers onboard demersal longlines have reported the regular capture of the shearwaters, though effort is still limited.

The new Seabird Task Force brings the opportunity to reinforce observers’ effort in the Demersal longline fishery operating off Catalonia, NE Spain, one of the main foraging grounds for the Balearic shearwater in winter and spring (pre-breeding and breeding periods), and also the main foraging area for Yelkouan shearwaters in Spain. Other seabirds regularly captured include Scopoli’s shearwater Calonectris diomedea and Audouin’s gull Larus audouinii, both endemic to the Mediterranean. Recent observers’ work has been conducted in the region by a team from the University of Barcelona (and the Spanish Institute of Oceanography in pelagic longlines), plus questionnaires and workshops by SEO/BirdLife, but further effort is necessary to refine the existing information, most important to provide an accurate estimate of bycatch rates, given the high variability observed. During 2015, SEO/BirdLife’s observers will get onboard demersal longliners across the Catalan coast to address these issues. Later, in 2016, mitigation measures will be tested to assess their efficiency at solving the problem. The close collaboration with fishermen will be essential to achieve any success. We’ll keep you posted of future advances with the project.

The European Seabird Task Force is BirdLife’s new team of seabird bycatch experts. We are working with fishermen across Europe to tackle seabird bycatch.

The establishment of the Seabird Task Force means that BirdLife International and our Partners can actively contribute to the understanding of seabird bycatch within Europe and begin to develop and adapt solutions to this problem with fishermen across the region. The Seabird Task Force is the European incarnation of the successful ‘Albatross Task Force’, a team which has been working collaboratively with fishermen to tackle seabird bycatch in southern Africa and South America. Around the world, our approach is simple and all about collaboration- we work with local fishermen to understand the seabird bycatch problem and develop solutions together. This approach builds mutual respect between the team and the fishermen, and allows an effective collaboration to take place to solve a shared environmental and economic problem.As the coordinator of the Seabird Task Force, I am working with a diverse team of seabird, bycatch and policy experts and our on-board observers/instructors (see our team) to tackle this problem. Over the next two years, we will be working in both Spain (Mediterranean) and Lithuania (Baltic Sea). In each country we are working with small, artisanal fishing boats, however we are focused on two different fishing gears-demersal longlines and and bottom set gillnets.

Within the Spanish Mediterranean, we have prioritised working with fishermen using demersal longlines. Many of these small fishing vessels work in the same area as the main Spanish feeding grounds of the critically endangered Balearic Shearwater, and we know that this species is just one which has been caught unintentionally by fishermen. Cost effective and efficient solutions exist for this type of fishery, and once we understand the problem in greater detail, our team will be working with fishermen to understand what methods could work best on-board their vessels.

In Lithuania, small artisanal fishermen use gillnets to catch cod, at the same time that hundreds of thousands of migrating sea ducks visit the Baltic Sea. As they dive and forage underwater many sea duck species are particularly susceptible to being caught in these nets. An estimated 76,000 seabirds are believed to be caught by this type of fishing gear in the Baltic each year. In comparison to longlines, we do not have proven methods to stop seabird bycatch in gillnets, therefore our team- together with local fishermen- will be at the forefront of trialling innovative solutions to see if we can reduce the number of birds caught in nets.

I hope that you will follow our project with interest. If you would like to subscribe to these updates, please register below. Our blogs are available in English, Spanish and Lithuanian. Please do contact us if you would like further information on the project.